What is the Trillium AWAKENING path?
why is it so effective?

Trillium Awakening is a unique evolutionary path that catalyzes aspirants to direct embodied awakening within the context of their everyday lives and in mutuality with others.

When you enter this path, you are supported by a network of dozens of awakened teachers and hundreds of practitioners who have experienced and stabilized an embodied consciousness awakening, which we call whole-being realization. The teachers in this school are committed to high quality of service, and adhere to a strong set of ethics and a system of accountability. Trillium Awakening emerged from the teachings of Waking Down in Mutuality, originally founded by Saniel Bonder. Trillium Background 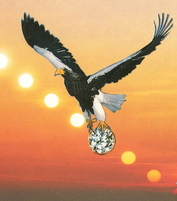 CONSCIOUSNESS
Waking refers to the dimension of ourselves which is infinite, unbounded, still, silent, consciousness. In this form of embodied awakening your sense of identity shifts from exclusive identification with your separate finite, human body/mind to an expanded identity as both infinite consciousness and the limited human self, now with a distinct sense of being non-separate from the entire cosmos.

The fundamental shift in identity we call whole-being realization (aka second birth) is catalyzed through the energetic transmission of the awakened condition from one individual to another. This activation is available during gazing meditations in sittings, private sessions with awakened teachers, as well as books, audio recordings, videos, and other writings about awakening. As the receiver, you begin to resonate with the transmission, and, in a relatively short time you may notice a major shift in your life. 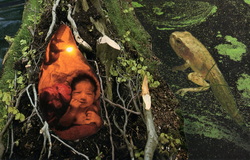 EMBODIMENT
Instead of a transcendent awakening out of the body, this path is about awakening as Infinite Consciousness and bringing our Infinite Nature down and integrating it in our human form.

This embodied awakening process can sometimes be intense, and you may re-encounter difficult feelings and material from your past. We encourage you to follow your own wisdom of being, learning to allow and be with all that arises in your body and emotions in order to integrate all of yourself in complete Wholeness.

We also recommend you reach out to Trillium teachers, mentors, and peers for support during this process. Support teams can also include other therapeutic modalities. In fact, some of our Trillium teachers are also trained therapists. 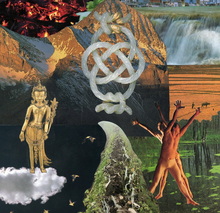 MUTUALITY
Mutuality is what makes this work so different from other paths. Much of our healing and integration of our human and infinite nature can only occur in relationship with others because initially they can do for us what we often cannot do for ourselves.

As you are deeply seen and unconditionally accepted as infinite consciousness in mutuality while “greenlighted” in wounded places you have rejected or wanted to fix, you can relax into your own Being and into all of who you are. This holding in mutuality prepares you for significant shifts in lifelong patterns, and readies you to integrate deep-seated shadow material during your embodied awakening process.

In mutuality, we try to honor our own truth in all communication and action, while simultaneously honoring and respecting the truth of others. We continuously cultivate a respect for the validity of each person’s unique perspective, as well as a willingness to be with the inevitable discomfort of the differences between one’s own truth and that of others.

You can find more about Trillium Awakening educational services and history here:   http://www.trilliumawakening.org
10 Reasons Why this Path is so Effective (from TrilliumAwaking.org)
"The good news is that perfection is not required for this awakening; the bad news is that perfection is not a consequence."
​
~~ Steve Boggs, Trillium teacher
Proudly powered by Weebly